The REACHOUT interview series aim at collecting more personal views from colleagues developing and applying climate services for urban adaptation and resilient development, get more insight on the state of knowledge, the main ongoing discourse, and get a more concrete view of what their work encompasses. A sneak peak, so to say, behind the jargon and throbbing sentences used in policy documents and research proposals. Throughout the project, team members will complete a round of interviews. One colleague will interview another, and the interviewed colleague then conducts the following interview of the next team member and so on. As each member interviews and gets interviewed in this manner, all topics will be covered over the duration of this project. 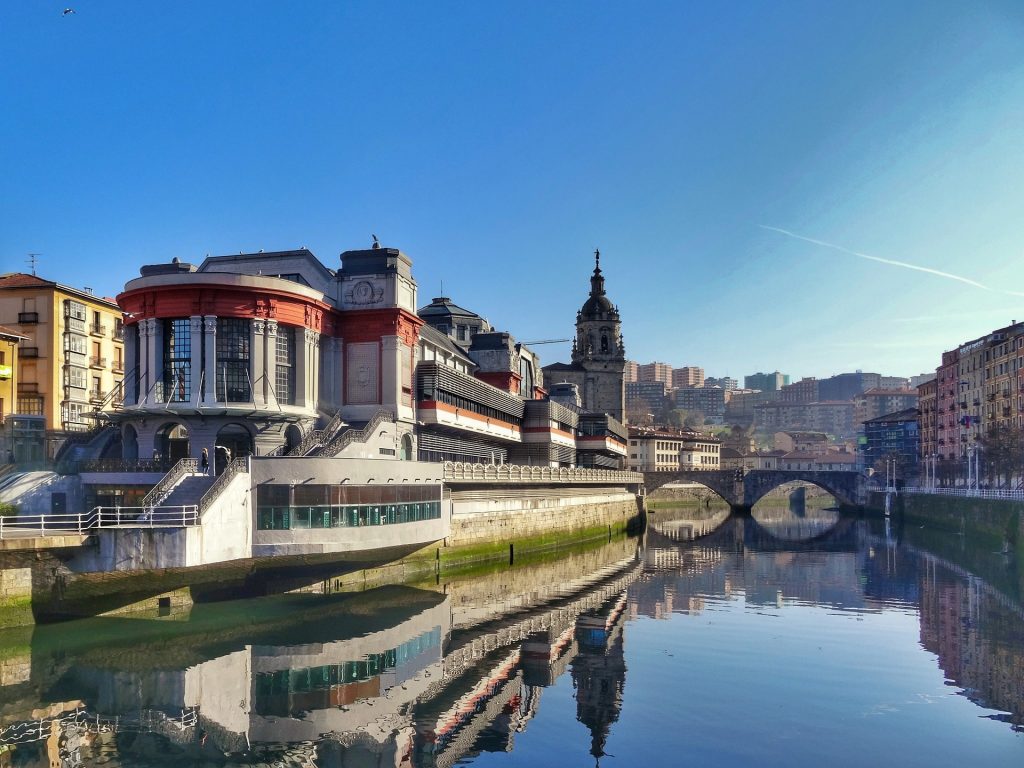 For the second interview Hasse Goosen, Foundation Climate Adaptation Services, co-lead and innovation manager of the REACHOUT project interviews Nieves Peña, Senior Researcher, BSc in Physics at Basque Country University and certified as team entrepreneur coach by Tiimiakatemia, University of Applied Sciences (Finland).  She is currently working on three Copernicus projects contracted by ECMWF to work on the resilience on the forestry and infrastructure sector and another one more focussed on the dashboards for policy makers to visualize heatwaves, cold snaps and thermal comfort based on past reanalysis, long-term projections and seasonal forecasts from the CDS of C3S.

Nieves, this is the first project in which we collaborate together. It was really nice to meet you in person in Rotterdam. Did you enjoy that meeting and was this the only ‘real’ meeting during the past two years of the pandemic?

First of all, sorry for my personal pronunciation of your name “Haas”, I didn’t know that the meaning was “large rabbit” – however is a nice nickname 😊. Coming back to your question. Yes, it was fantastic to meet you and the rest of REACHOUT team in person in Rotterdam. Technology has allowed us to meet during the pandemic situation, but technology cannot replace social learning that always arise up when people meet.

How is Basque country preparing for climate change? Is there a sense of urgency and are institutions acting on adaptation?

There has been quite a lot of investment from Basque government on this matter and I have the feeling that now more than ever there is a sense of urgency both in institutions but also in the populations which are little by little more aware about both climate change impacts as well as individual as well as institutional measures we all can take. The actions in Basque Country against climate change addresses two fundamental areas, mitigation and adaptation. The Basque Government has developed The Climate Change Strategy of the Basque Country – KLIMA2050 which establishes a greenhouse gas emissions reduction target of 40% for 2030. This strategy approaches the environmental challenge of climate change from an overall view where all sectoral policies must integrate the climate change variable.

What is the role of Tecnalia in this regard? What types of services are you offering in your country?

The climate change adaptation team in Tecnalia has been analyzing vulnerability and risk from a territorial and sectoral perspective to increase resilience to the impacts of climate change. We have also guided the design of roadmaps for climate adaptation for some cities, based on the analysis of the effectiveness of different adaptation measures, considering a multi-criteria approach. We have been also involved in several Copernicus projects to work on the design of several dashboards for policy makers based on past reanalysis, long-term projections as well as seasonal forecasts taken into account the vast available information on the Copernicus Climate Store (C3S)

What have you learned from these experiences and how will you bring this into the REACHOUT project?

From my personal perspective there is a huge amount of scientific information with regard to the climate and earth observation data, but still the information is not available in a way that is ready to use for some decision makers, so there is a need to combine this scientific knowledge and provide easy to understand and easy to use climate services to support the process of adaptation in cities.

It is not the first time that a project intends to build a toolkit for cities. What do you think will be the biggest challenge for us in the REACHOUT project regarding the toolkit? What is needed to increase impact?

This is a very good question. Indeed, one of the key principles of REACHOUT is that is user-driven, that is we focus on city-hubs context and challenges to design and develop our tools, data and tailored services. The good news our consortium is a transdisciplinary team with comprehensive knowledge on climate science, skilled experts on active participation, building capacity and creation of narratives and storytelling that I believe is the best way to reach human beings. So, as you previously pointed everyone likes nice graphics and clear stories, so I believe REACHOUT will be able to reach and inspire other cities around the world.

Nieves thanks for this insightful conversation. Could you already tell who do you think you’re gonna interview next? What would you like to find out from that person?

Next month, I have to travel to Greece, so I will take the advantage to visit Athens and the REACHOUT team in the Athens municipality, so I would like to interview Elissavet Bargianni, a landscape architect who works at the department of resilience & sustainability. They are quite active and indeed they will been one of the 100 cities participating in EU Cities Mission for climate-neutral and smart cities by 2030. So, I am looking forward to meeting her there.