The REACHOUT series of interviews aim at collecting more personal views from colleagues developing and applying climate services for urban adaptation and resilient development, get more insight on the state of knowledge, the main ongoing discourse, and get a more concrete view of what their work encompasses. A sneak peak, so to say, behind the jargon and throbbing sentences used in policy documents and research proposals. Throughout the project, team members will complete a round of interviews. One colleague will interview another, and the interviewed colleague then conducts the following interview of the next team member and so on. As each member interviews and gets interviewed in this manner, all topics will be covered over the duration of this project. 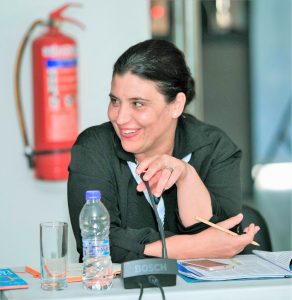 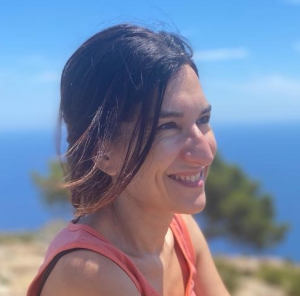 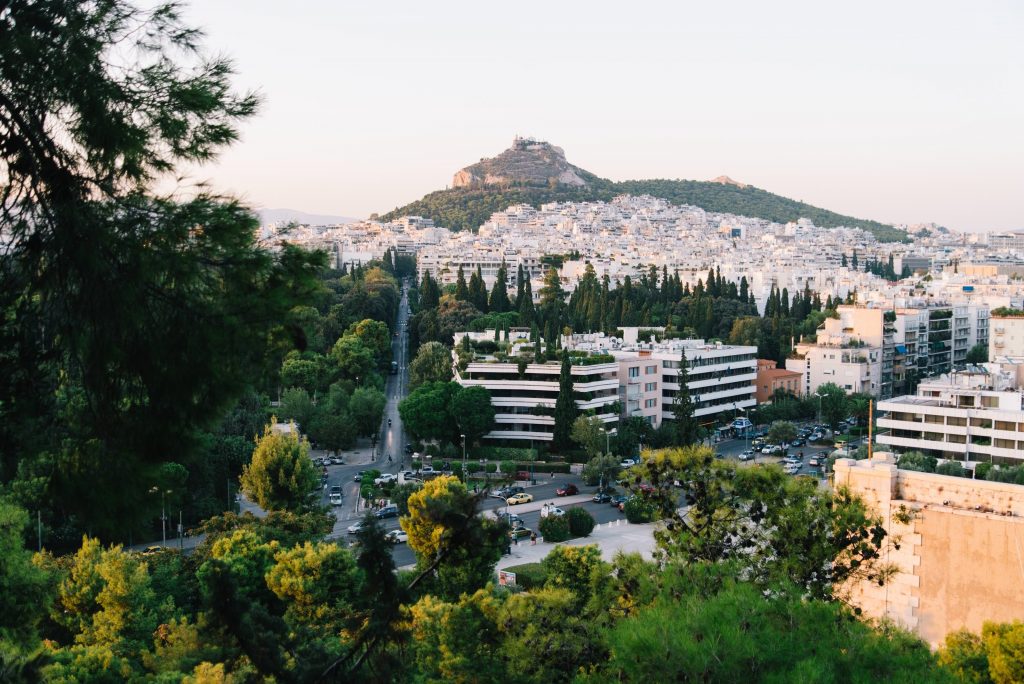 Elissavet, it was a pleasure to meet you in Athens last 3rd of June. It was my first time in Greece, and I come back home impressed and fascinated by Athens, its cultural mixture, its remarkable history and its modern manifestation of today. I have the impression that Athens is a city in continuous evolution with a vibrant life and a mixture of cultures from its foundation. Is this mixture of cultures and continuous evolution of the city part of its DNΑ? Do you think this has helped the city to deal with changes and be more resilient?

Dear Nieves, first of all, I would like to share how wonderful has it been meeting you in person and collaborating with you while in Athens. And, admittedly, we did make a good progress!  Coming back to your remark, as you already commented, Athens has always been a cross path of cultures since antiquity. There are centuries of an ongoing process of meeting, bringing together and digesting cultures and policies which make the city a unique livable and vibrant city, a city that improvises, innovates and flourishes through its people. So, in that sense, yes, it is a part of the Athenian DNA. Moreover, strong family bonds and also compact inclusive neighborhoods are assets that the city is building on in order to create more resilient communities.

Athens municipality is one of the 100 cities participating in EU Cities Mission for climate-neutral and smart cities by 2030. Which is the role and challenges of Athens at this regard?

We are very proud the work in the Resilience and Sustainability Department has led to this great opportunity for Athens. At the same time, this is also extremely challenging as breakthrough interventions are required in the City in order to achieve carbon neutrality until 2030. As you may or may not be aware, the City of Athens -as quite a few other cities in the globe- can control a small part of their emissions, mostly for stationery sources (just municipal owned buildings and street lighting) and for transport (just the municipal fleet). So, the role of the City is to become an incubator of change collaborating with the Greater Metropolitan Area of Attica and the national government, implementing measures and policies beyond its control and jurisdiction. Athens aims to inspire, innovate and drive bold actions by encouraging horizontal collaborations with government and regional policy makers, the private sector, relevant organisations and groups of the society in order to create the framework to allow fundamental changes to happen in a fast-track procedure. Another challenge of great importance is to find ways of integrating efficient adaptation actions into the major mitigation actions this mission will bring and why not, become a paradigm and leader for other greek and non-greek cities elsewhere, along with the other 99 cities making this Mission Impossible a Possible one!

Elissavet you are a landscape architect who works at the department of resilience & sustainability, can you explain in an easy way what does “climate change adaptation” means for you?

Climate change adaptation is very much focused into the core scope of works of Landscape architects: creating more public, greener and biodiverse, high quality public spaces, healthier and more accessible placemaking in balance with Nature and People, engaging with communities, communicating ideas and bridging the gaps amongst other professionals, scientists and stakeholders in order to make a vision happen. All these can be strategically concluded in the major adaptation goals Athens has set for 2030: increase the cover of green and permeable surfaces up to 30% of the total cover of the city and give access to at least 70% of the population of Athens to green spaces with ecosystemic value in a 15-minute walk from home.

Athens municipality has been participating in previous EU projects and it belongs to ICLEI – global network of more than 2500 local and regional governments committed to sustainable urban development. What have you learned from previous developed projects? And which are the main priorities of Athens in REACHOUT?

Athens works closely with ICLEI the last few years and also works very closely with other climate networks such as C40, the Global Resilient Cities Network and Eurocities. The range of projects varies from research, policy and strategic plans of the city such as the Climate Action Plan, the Sustainable Urban Mobility Plan, the Resilience Strategy, to coordinating high impact resilience projects such as the URBIS and NCFF (Natural Capital Financing Facility) with the European Investment Bank focusing on nature based solutions and green corridors, funding proposals for creating metropolitan green corridors, the EU mission -mentioned earlier, but also EU funded projects such as REACHOUT. The common element in all these projects is a data driven approach in regard to climate challenges and resilience. Through REACHOUT, we aim to obtain all custom-made tools for climate adaptation that allow us to analyse, discuss (internally and externally), design and eventually react on climate risks in the city and enhance awareness on citizens and stakeholders. And that is mostly on heat and flash flood issues which are the most prominent risks for Athens.

For me one of the main challenges of REACHOUT is how to spread a positive message about climate change adaptation and the key role of cities to dampen or amplify climate change at the local scale. Which could be, form your personal perspective, the best way to inspire other cities through REACHOUT project?

I really love what we do in REACHOUT in our City Hub for Climate Stories.  This narrative, along with compelling visuals, will provide the basis for our City Hub’s climate story to be developed over the course of the REACHOUT project.  It is a digestible way to spread the message across and also make others think how the routine of people’s lives can be affected and also make others think for a reasonable way to react and act. Together with CAS and NGI we explore the main message we wish to communicate in our climate narrative as well as we foresee the main target audience. Story telling is a dynamic and powerful tool and I think our Story can really become an Inspiration for citizens and other Cities and engage them even more!

Elissavet thanks for the Athens meeting and this conversation. Can you tell us who will be the next person to interview and what would you like to find out from that person?

Thank you, Nieves. It has been a pleasure having this chat! Since Climate Stories have become one of my favourite features of this programme, and this would be the first time happening for Athens, I would like to ask Eva Boon, from Climate Adaptation Services to describe her work with cities and other stakeholders in creating the climate stories and also find out how far this process can really go. They seem very active, enthusiastic and engaged on their bit of work and I would love to explore much more on the potentials and opportunities they see and I now start to explore!