Athens is a very large city located the Attica region and it is the capital of Greece. The Municipality of Athens, which constitutes a small administrative unit of the entire city, has over 600 thousand inhabitants.  The city is mostly exposed to Pluvial flooding and heatwaves. Athens is updating its climate plan and is working with EIB’s Natural Capital Financing Facility on a set of flagship adaptation projects. The City has also experience in working with Rebuild by Design on climate resilience projects. 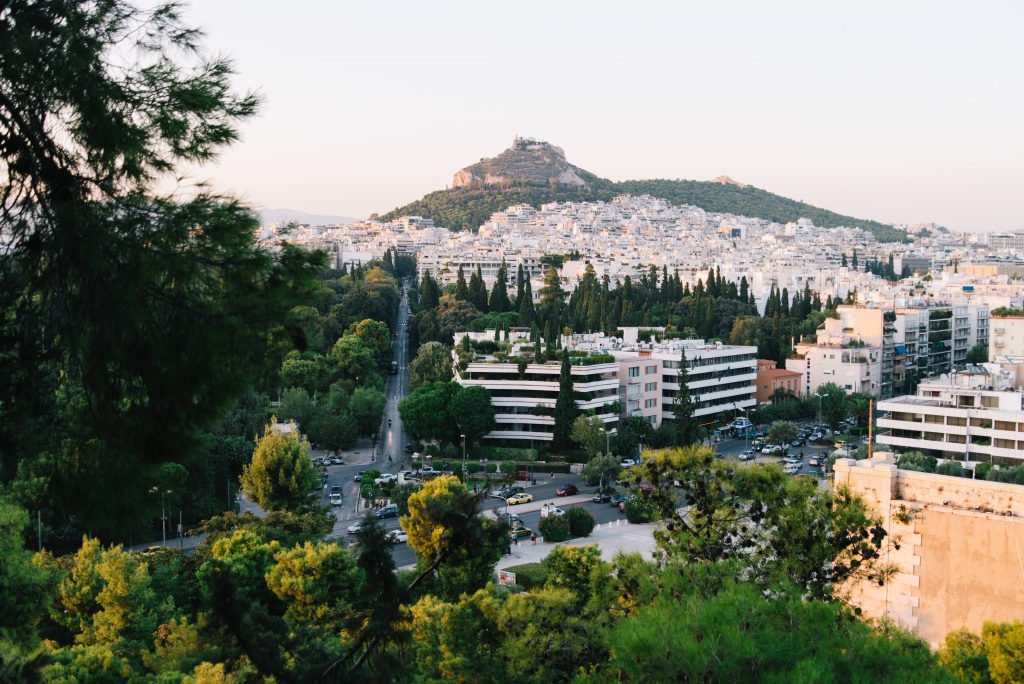 To support the implementation of these actions, climate services have been used. The primary example is the Extrema Global app, that was used to give personalised information to users in periods of heat according to their location in the city and their health state. The tool lacked uptake however, presumably due to a lack of awareness and limited communication. Therefore, there is room for improvement to update heat mapping and increase its accessibility. The main barrier for using climate tools and services that the city identified is the issue of different perceptions of risk between producers and users of information.

Athens will update their Climate Action Plan, which is planned for release early 2022. This plan will describe a renewed adaptation vision, that targets further greening the city, giving 70% of the population access to green space as well as making 30% of its surface permeable again. REACHOUT will develop tools and services that can support this vision, identifying and prioritizing adaptation actions and identifying hotspots of climate impacts within the city.

For Athens, the REACHOUT project is an opportunity to receive better flood maps for the city. Pluvial flood maps in city scale will be a breakthrough for Athens, as the main focus so far has been on heat mapping.  The maps can be used to identify flooding hotspots within the city. Within REACHOUT will be explored if a higher resolution analysis is possible, depending on the availability of input data, e.g., using a high-resolution digital elevation model (DEM). The expected result is a tailored, high-resolution pluvial flood map for the city of Athens.

Moreover, Athens wants heat maps for historical and future heat, that shows the urban heat island effect. This information is needed to (1) identify vulnerable areas within the city and (2) prioritise areas for adaptation action. Currently, Athens uses information provided by EXTREMA-GLOBAL (https://extrema-global.com/). EXTREMA provided high-resolution maps with information regarding daytime surface temperature in the city in the scale of each building block, by using satellite data from the last three years (summer season). However, these maps are not sufficient for decision-making since there is no information on the future impacts of heat, which is also important. REACHOUT aims to fill this gap. 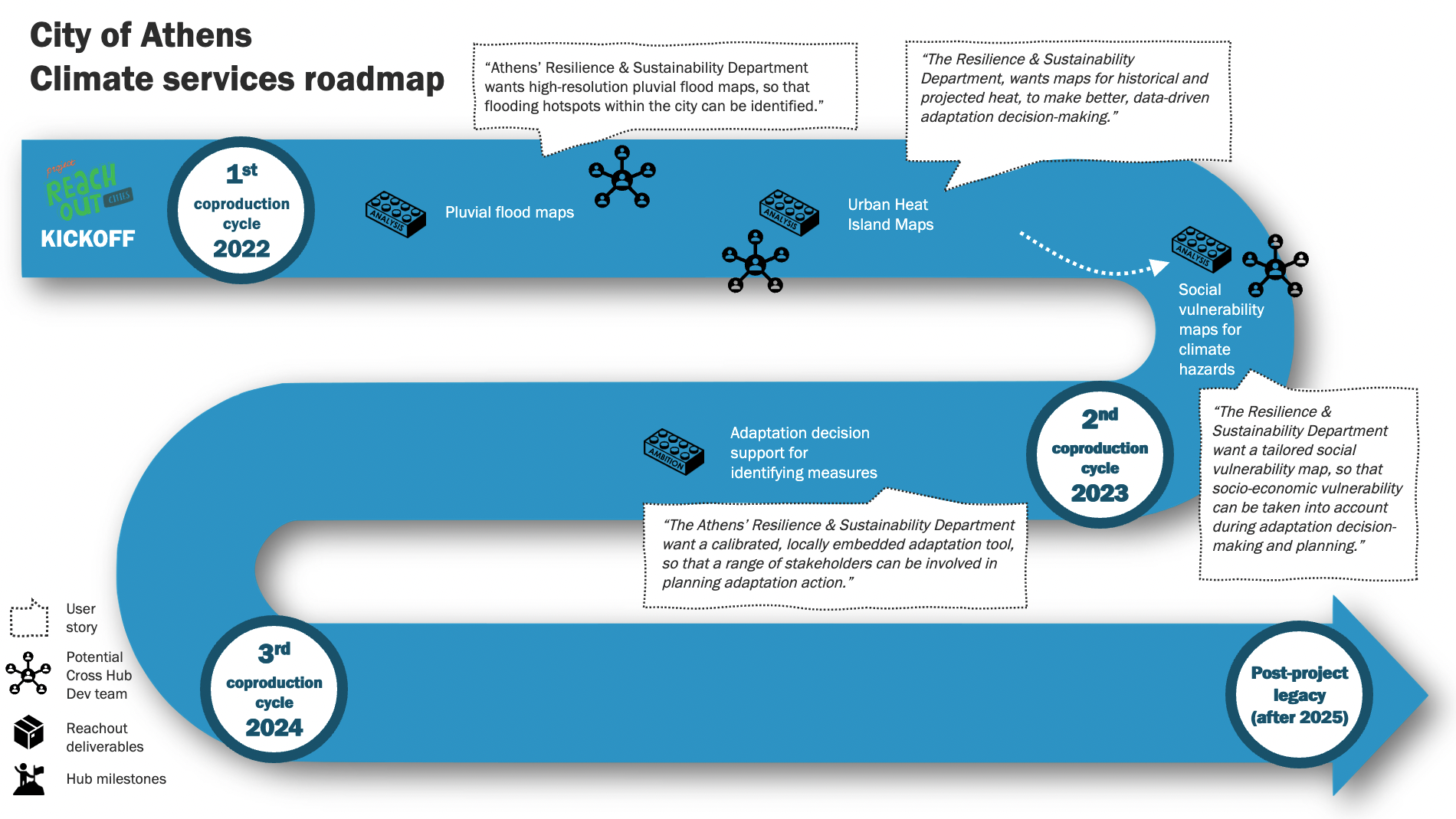