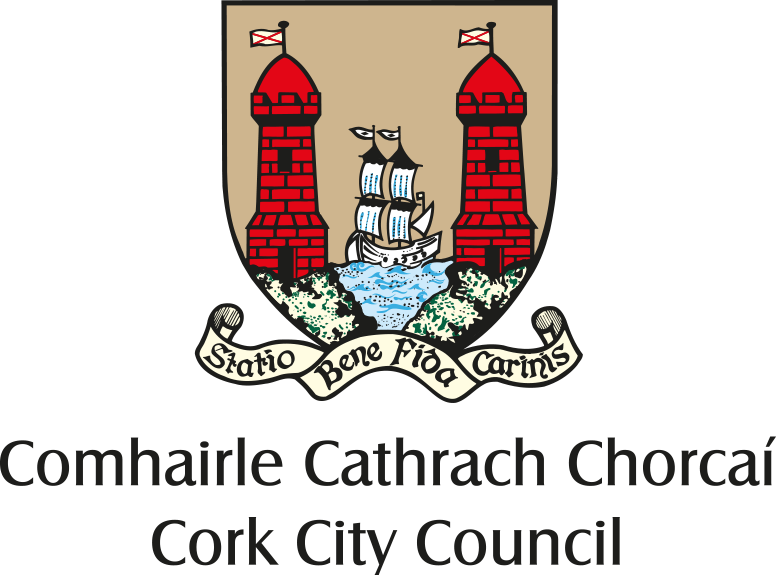 Cork is a city of more than two hundred thousand people and is the second largest urban population in Ireland. The main climate hazards facing Cork City are hydrological – both fluvial and coastal. Cork is situated close to the coast in the valley of the River Lee with the city centre located on an island between dividing streams of the river. Cork has a long history of flooding. In 2009, for instance, major damage was caused by flood waters to educational, commercial and residential buildings. Additionally, tidal floods from the Atlantic Ocean through the outer and inner harbours threaten the city centre and surrounding areas. 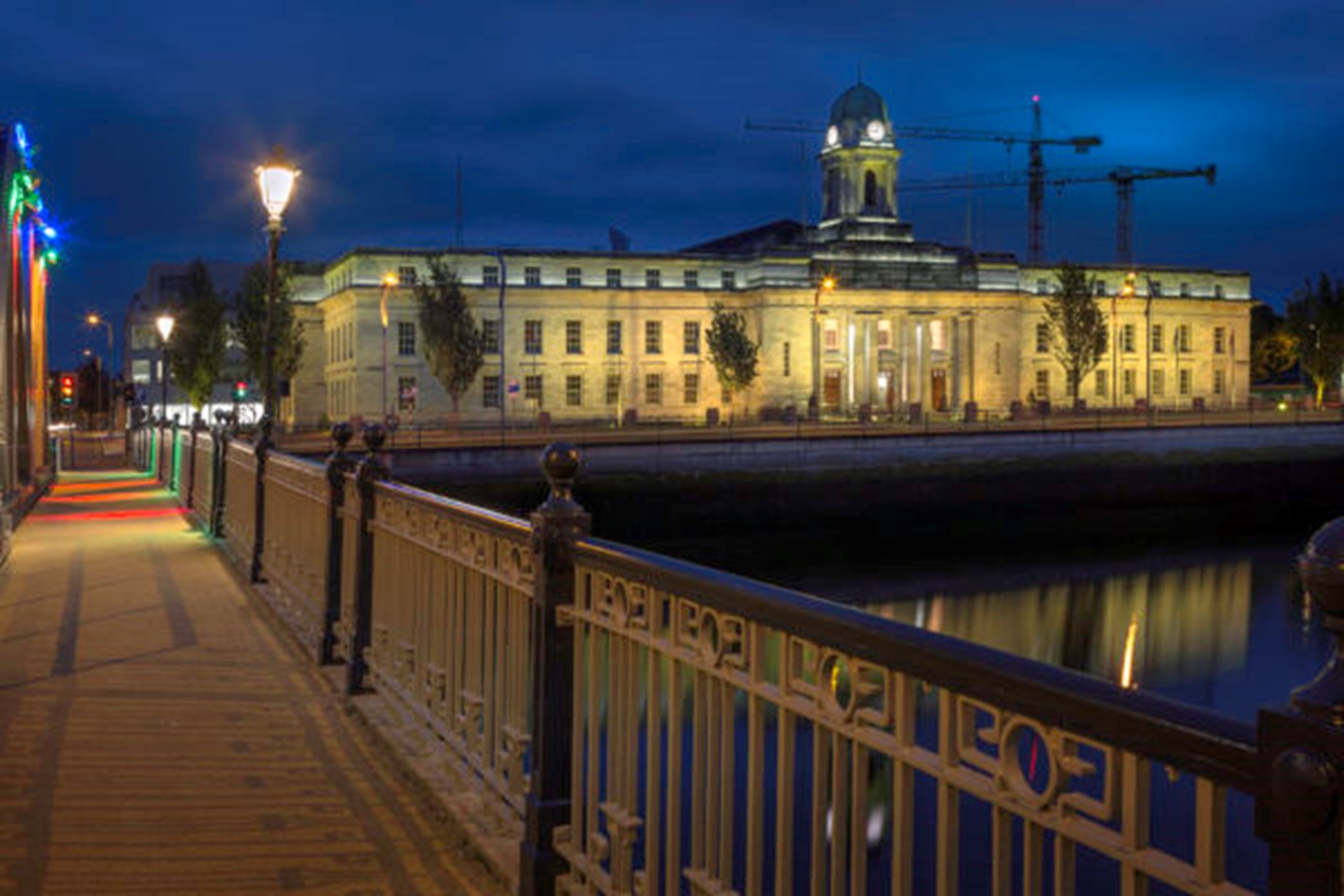 The City of Cork is situated close to the coast in the valley of the River Lee. There is a long history of flooding in Cork City and the River Lee valley, with major damage caused to educational, commercial and residential buildings in Cork City at various times in the past. Additionally, tidal floods from the Atlantic Ocean through the outer and inner harbours threaten the city centre and surrounding areas.

Cork is currently going through a period of unprecedented economic development. Ireland’s National Planning Framework ‘Project Ireland 2040’ has designated Cork as the country’s fastest growing city over the next generation – with a projected population target of approximately 350,000 by 2040. Managing the resultant impact of this population growth on climate in a sustainable and just manner is a key political priority. A new development plan for the city (2022 to 2028) will prioritise compact growth within the city centre and regeneration of the waterfront dockland area of the city.

Flood risk management is key to the social and economic development of the city and region. Next to hydrological hazards, extreme heat and urban heat island impacts may impact urban areas in the future, as well as potential drought conditions.

The Office of Public Works (OPW – the national agency responsible for flood defences) has undertaken a National Catchment-based Flood Risk Assessment and Management Programme (CFRAMS) for current river and coastal flooding hazards in Cork. To manage flood risk, the Lower Lee Flood Relief Scheme (LLFRS) has been prepared which includes a combination of a flood forecasting and warning system, revised Inniscarra Dam operating procedures and waterside defences. This scheme is designed to protect properties against tidal and river flooding. The scheme is currently at a detailed design stage, and it is intended to submit the scheme for confirmation to the Minister for Public Expenditure and Reform in early 2022. This program of works will have an anticipated construction period of 5-6 years.

Cork City Council (the Local Authority (LA) for the city) has responsibility for providing a diverse range of public services relating to environmental protection, measuring and monitoring; community, culture and placemaking; social and affordable housing; public realm; physical planning; economic development; and the delivery of infrastructure projects. Having previously led the way in declaring a climate and biodiversity emergency in June 2019, Cork City Council was the first local authority in Ireland to establish a dedicated Climate Action Committee (2020).

The Cork City Council Climate Change Adaptation Strategy 2019-2024 was published in September 2019, in response to Ireland’s National Adaptation Framework (2018). The Strategy includes a range of objectives and actions to ensure an understanding of the role of adaptation and that a coherent approach to the impacts of climate change is considered in the service delivery of Cork City Council.

Cork City Council has also developed a ‘Climate Action Charter’ under the national Climate Action Plan 2019. The Charter, together with the Climate Change Adaptation Strategy 2019 – 2024, commits Cork City Council to several actions that will ensure that they play a key leadership role locally in delivering effective climate action. The Council specifically commits to:

Under the recently enacted ‘Climate Action & Low Carbon Development (Amendment) Act 2021’, each of Ireland’s 31 LAs will develop and adopt (with public consultation) a LACAP for their administrative area. The due date is likely to be late 2024. As well as containing adaptation action (probably resulting from a review and renew of the current Cork City Council Climate Change Adaptation Strategy 2019-2024), mitigation actions will also be developed, agreed and included. The LACAP will have a lifetime of 5 years and will be renewed every 5 years.

The Council’s priority sectors to reach with climate services include the Council itself, local businesses and residents. 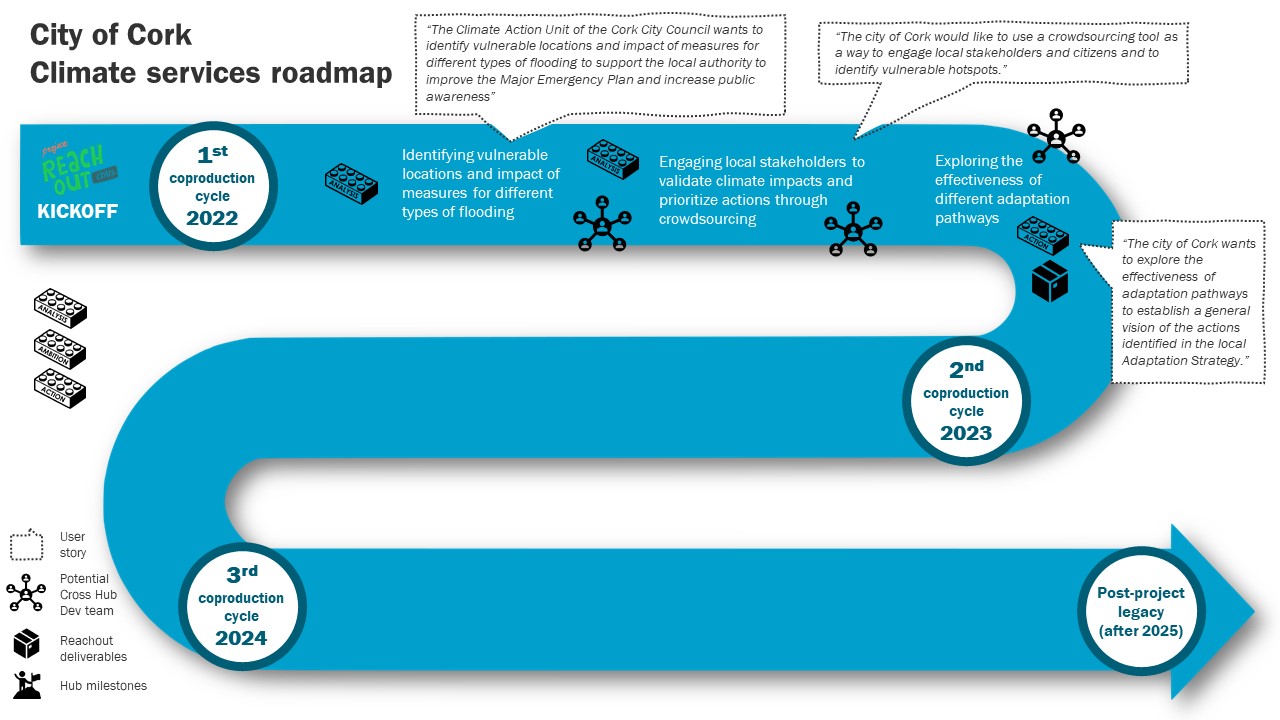